Jessica King has claimed a £100,000 reward for tipping local Essex police off about the location of her ex-father-in-law, convicted felon Eddie Maher. The lengthy time it took to track down Mr Maher poses an important question: exactly how easy is it to find missing persons? 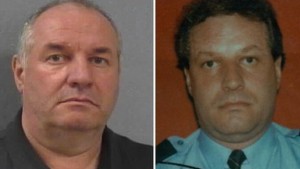 Maher was convicted and charged with robbery in 1993 following a heist at a Felixstowe’s Lloyds TSB branch, which saw the theft of a security van holding £1.2m. It took a long while for police to recover the stolen money, which was eventually seized from the savings and funds accrued by Maher following his arrest. Additionally, Maher successfully evaded police arrest and kept on the missing persons books for 19 years, changing the name on his driving license from Maher to Stephen King to avoid capture. It’s also known the criminal relocated to the US for some time, while further investigations indicate immigration and firearm illegalities, and even threats to end Ms King’s life. With a history littered with exhausting attempts to conceal his identity, ultimately it was Ms King’s actions that brought the Eddie Maher missing persons’ case to a close.

How we can help with missing persons cases

That needn’t be the case. Commonly, missing persons can be tracked quickly and effectively using new technology and private investigator expertise. At Starlight Investigations, our trace-location know how means locating missing persons certainly won’t take 19 years! Our team of dedicated, friendly missing persons experts will work tirelessly to bring your case to a close, while remaining discreet and confidential in their actions.

Read more about the Eddie Maher case on the BBC website here, and find out about our missing persons services here.